The value approach to investing 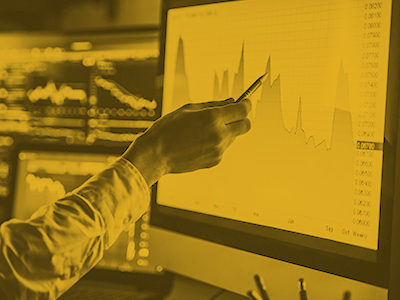 Comparing depreciation schedules to economic reality is a must for any investor when analyzing financial statements.

The 1998–2000 bubble market, followed by the market crash with its poster child, Enron, created a political and media frenzy relating to the accounting and reporting games that too many companies practice. Investors must stop accepting financial reports and questionable accounting practices at face value. Portfolio managers, analysts, and investors must study the numbers in financial statements and adjust those numbers and the underlying assumptions to reflect the economic reality of a company's basic business. Only the adjusted numbers should be used to value a company for investment purposes. A keen understanding of corporate reporting practices, combined with an investor's ability to identify early warning signs of future earnings disappointments or pleasant surprises, can increase the odds of investment success.

The Importance of Excess Cash Flow

It is safer to buy only those companies that generate or are about to generate excess cash flow, and value those companies based on excess cash flow. Excess-cash-flow companies can raise dividends, buy back shares, make strategic acquisitions when credit is tight, ride out hard times without adopting short-term strategies injurious to their future, and are outstanding acquisition candidates. The challenge for investors is to cut through any accounting and financial chicanery and determine a company's true ability to generate excess cash flow. The numbers are the most important and unbiased indicator of a company's value. Better to spend one night with a company's financial statements than two days with its management.

An intensive inferential analysis of financial statements, footnotes, supporting documents, and disclosure practices is the best way to analyze the capabilities of management, the economic reality of the financial information the company provides, the conservatism of its accounting and disclosure practices, its financial strength, and, ultimately, the value of the company. An intensive forensic analysis of financial statements also enables an investor or advisor to determine true financial strength and to screen for potential problems to ascertain a company's downside risk, a critical consideration before considering its potential for capital appreciation.

Inferential analysis begins with an understanding that GAAP requires a company to report earnings on an accrual basis, which entails two basic premises. First, because accrual accounting states that revenue is recognized when a transaction occurs in which value has been exchanged, this event may lead or lag the exchange of cash. Second, because the cost of a transaction should be recognized over the same period of time as the revenue associated with that cost, this period may also lead or lag the passing of cash.

In reporting GAAP-based earnings, companies have wide discretion, which includes many assumptions about the future. Because management has a vested interest in putting its best foot forward, the numbers produced under GAAP often leave room for unrealistic assumptions and misleading numbers. Most companies use financial accounting and reporting practices to present themselves in the most favorable light, meaning that many companies engage in some type of earnings management or make assumptions that may prove to be unrealistic.

Within limits, earnings management is neither wrong nor illegal. However, as seen during the late 1990s, some companies far exceeded what most would consider reasonable limits. In cases such as Enron, Lucent Technologies, Boston Chicken, and Sunbeam, while the financial statements may have been in accord with GAAP, they were certainly out of touch with economic reality. It is in management's best interest to report the best earnings possible to preserve financing alternatives, keep their stock options valuable and exercisable, and maintain shareholders through increasing stock prices. Thus, in instances when management identifies a problem which, due to bias or ego, it deems to be temporary, the company can adopt optimistic assumptions or accounting alternatives under GAAP to portray a positive picture until the problem is resolved.

An astute investor should be aware of the types of accounting smokescreens that companies use to disguise problems and to misrepresent the company's economic reality. The following alerts are sometimes clear indicators of future earnings surprises and have proved valuable to investors:

Real-life examples of these accounting alerts include the following:

Starting in 1993, Cendant Corporation, through purchase-acquisition accounting, was able to report growth rates, including acquisitions to shareholders, in excess of 30%, far beyond its true internal growth rate, estimated at 11% or less (excluding acquisition). Cendant eventually paid the price for acquisition-driven growth after its 1997 acquisition of CUC International, a company that was cooking the books. An investor could have reached this conclusion through careful analysis of Cendant's footnotes pertaining to acquisitions.

Costs of activities beneficial to future operations and profitability, such as research and development, advertising, and maintenance, may have been cut to produce short-term benefits at the expense of future growth. Year-to-year expenditures are critical to future growth and should be compared for a few years to determine whether declines are contributing to year-to-year earnings growth.

For example, a review of Eastman Kodak's fourth-quarter 1998 shareholder release showed that the company reduced R&D expenditures in 1998, contributing $0.33 per share to year-to-year earnings comparisons. Technology companies should not derive their growth from cuts in research-and-development expenditures. Maintenance expenditures are important to airlines and offshore drillers and should be monitored on a comparative basis. Marketing expenses are important to consumer-product companies, and reductions in such key expenses should not be the source of year-to-year earnings growth.

Rather than relying on numbers for only one year, investors should evaluate normalized levels for capital expenditures and working capital needs over many years. A company consistently reporting earnings that are materially higher than cash flow from operations raises a red flag alert. Identifying Enron's continued reporting of negative cash flow despite reporting sizeable earnings to shareholders could have saved knowledgeable investors from eventual disaster. It is very important to continually assess a company's ability to produce future excess cash flow, as accrual accounting numbers under GAAP can be distorted based on unrealistic assumptions.

Disclosed Information may Not Tell the whole Story

It is also important to assess a company's disclosure practices and determine whether information essential to its valuation is omitted from the financial statements and supporting schedules. The risk of undisclosed information must be factored into the valuation process by reducing the multiple of cash flow (as far as zero) that an investor is willing to pay to purchase a company. Enron had limited disclosure as to the nature of the earnings developed by its off–balance-sheet entities, yet these entities were material earnings contributors to the company's bottom line.

The latest bout of Wall Street's casual acceptance of the numbers as presented, however suspicious, is similar to past financial and accounting crises. The current period is reminiscent of the 1970s, when audit failures such as Equity Funding and Stirling Homex, as well as the accounting games played by computer lessors and land development companies, wiped out billions of dollars of net worth while an economic boom turned into a recession. Like today, the investing public, the financial press, and government representatives called for more government regulation. Despite the recent bad news, the disclosure practices of public corporations have greatly improved over the past 30 years. While the financial reporting system can always be improved, and new business practices require constant adaptation, all reporting relies on management judgment, leaving room for unrealistic assumptions or potential abuse.

Improvements in disclosure practices have resulted in financial statement analysis becoming more difficult and time-consuming. Today, a wealth of information not available 30 years ago is found in the footnotes and management discussions of annual reports, for anyone with a skeptical eye. The analyst and investor community has the responsibility to assess these new disclosures, adjust earnings for unrealistic reporting, and expose corporations whose disclosures are inadequate.

An investment discipline that adjusts corporate earnings for economic reality in both bull and bear markets provides investors with a competitive advantage over others in seeking long-term capital appreciation. A discipline that values companies on the basis of their ability to create excess cash flow in all markets gives investors an edge. GAAP and economic reality can be worlds apart, but an inferential analysis of financial statements will help bridge the gap when it occurs. If the portfolio management and financial analyst community regularly adjusted reported corporate earnings for deviations from economic reality in all markets, future accounting crises could be greatly diminished.

Robert A. Olstein, an expert in corporate financial disclosure and reporting practices, is Chairman and Chief Investment Officer of Olstein Capital Management, L.P.

The preceding commentary represents the opinion of the Manager and is not intended to be a forecast of future events, a guarantee of future results or investment advice.

The Fund does not maintain a position in any of the following securities mentioned and is subject to change: Lucent Technologies, Enron, Boston Chicken, Sunbeam, Sears Roebuck, W.R. Grace, America Online, Cendant Corporation, AT&T, IBM, Eastman Kodak, General Motors, Equity Funding, and Stirling Homex. Do not make investments based on the securities referenced above.

This information should be preceded or accompanied by a current prospectus, which contains more complete information, including investment objectives, risks, charges and expenses of The Olstein Funds and should be read carefully before investing. A current prospectus may be obtained by calling (800) 799-2113 or by visiting the Fund's Website at www.olsteinfunds.com.

LEGAL DISCLOSURES AND OTHER IMPORTANT INFORMATION

Investing involves risk including possible loss of principal.  Investors should carefully consider the investment objectives, risks, charges and expenses of the Olstein Funds.  This and other important information is contained in the prospectus, which should be read carefully before investing.  For a copy, click the prospectus link below.

Past performance is no guarantee of future results. This information is not an offer to sell or a solicitation to buy any security, nor shall any security be offered or sold to any person, in any jurisdiction in which such offer, solicitation, purchase, or sale may not lawfully be made. Important legal information – please read the disclaimer before proceeding. Be sure to read the Olstein Funds Privacy Policy before becoming a shareholder. Click here to read the disclaimer+